360fly is a new camera that provides an innovative way to capture the world around you, and we’re proud to announce we now carry it! 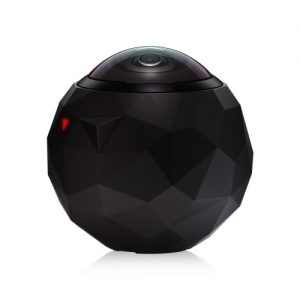 Slightly larger than a golf ball, 360fly is a single-lens camera that captures scenes in a 360-degree video format that’s fully interactive. It packs high quality, 360-degree video into a lightweight, waterproof (down to 120 feet) and rugged design. With 360fly, you can capture your world, share to your favorite social media networks and immerse yourself in video that’s almost as good as being there. The camera is optimized for mobile devices, so it pairs with an iOS and Android app that allows the user to view, edit and share content immediately.

There is also a virtual reality component to 360 fly. When the mobile app is switched to ‘VR Mode’ and attached to a Google Cardboard viewing device, the user can view 360-degree content as virtual reality.

“360 fly is nothing less than a game-changer for how consumers capture and share video content as well as democratizing virtual reality,” said Peter Adderton, 360 fly CEO.