The freedom to relax, drive with confidence, and not worry as much about an unwanted ticket – that’s what an investment in a radar detector can give you. But, what should you look for when you’ve decided to purchase one? 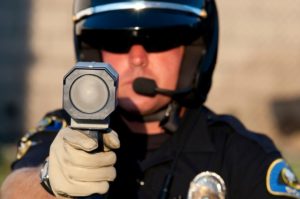 Police radar guns “see” a vehicle by transmitting a microwave pulse. Then they make use of the Doppler Effect: the frequency of the transmitted pulse is compared to the frequency of the reflection, and speed is calculated by using the difference between them. The idea behind radardetectors is they look for radar “beams” and find them before than can return a strong enough reflection to “illuminate” you. Radar detectors are essentially microwave radio receivers that make noise or flash lights when they sense an incoming signal on specific frequencies.

Important Features to Look for:

Whatever features you find most important to the way you drive, we can help you choose the best radar detector system for you.  Stop by one of our stores today and we can walk through all the options and installation for your vehicle.

How to Choose a Radar Detector